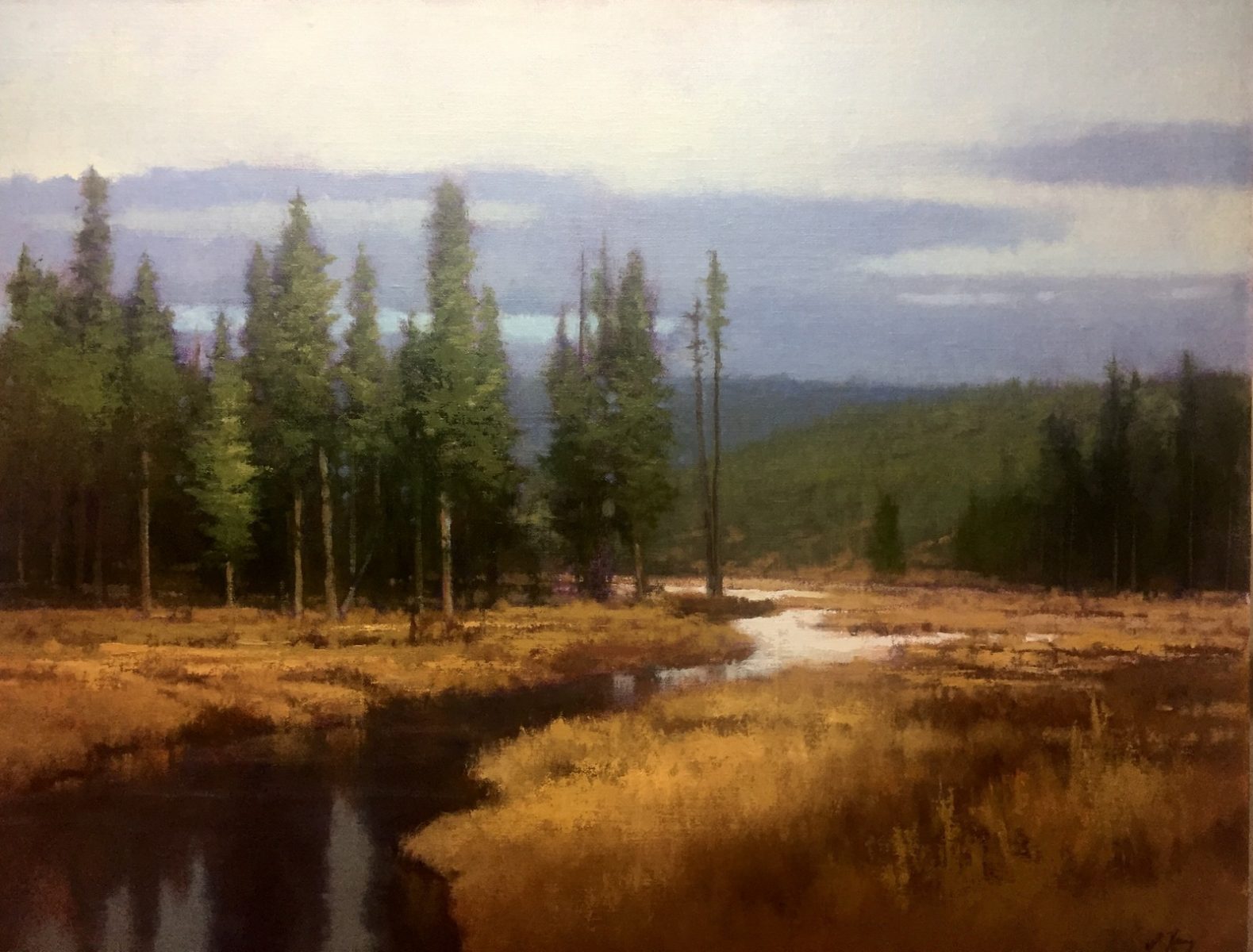 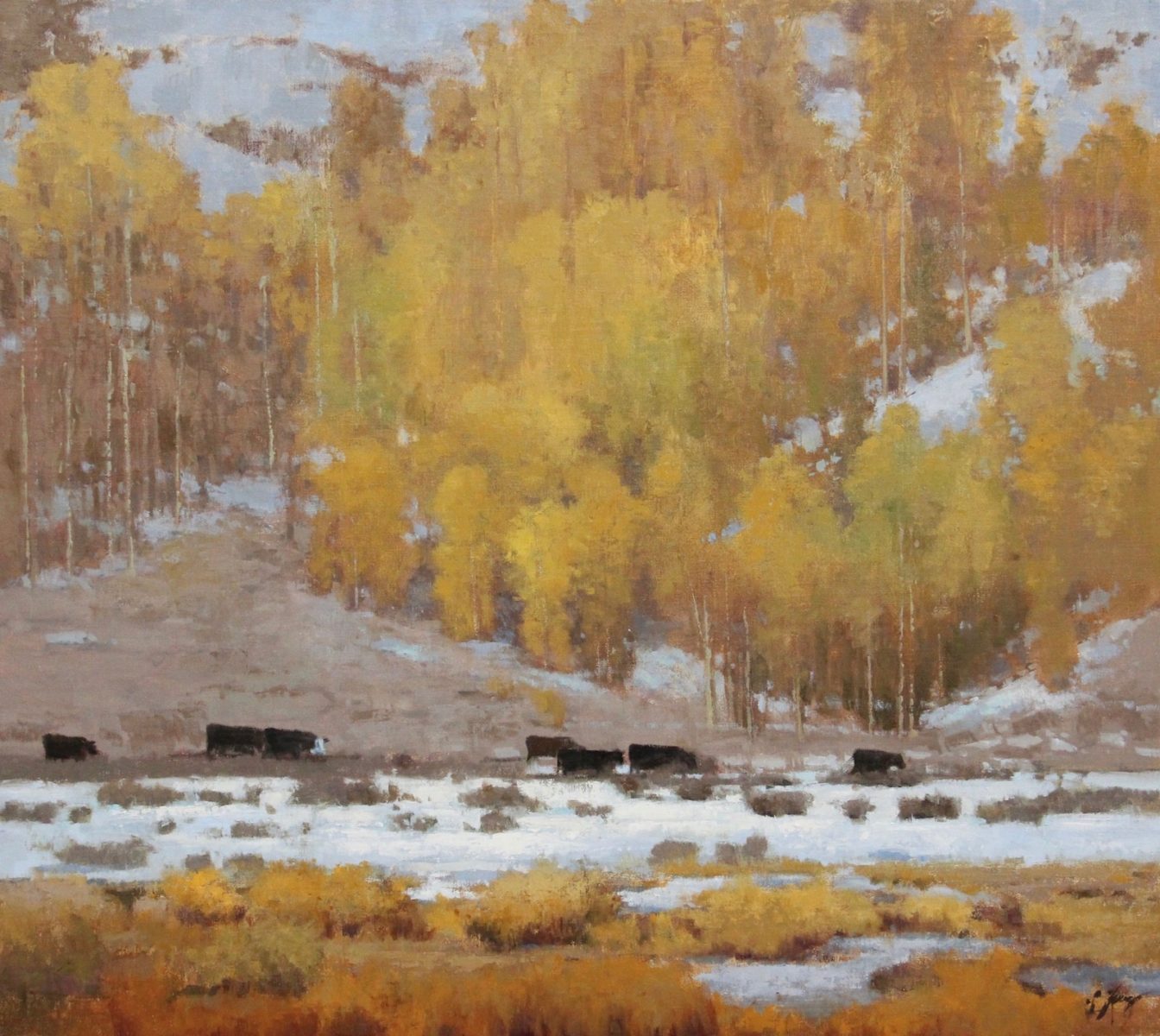 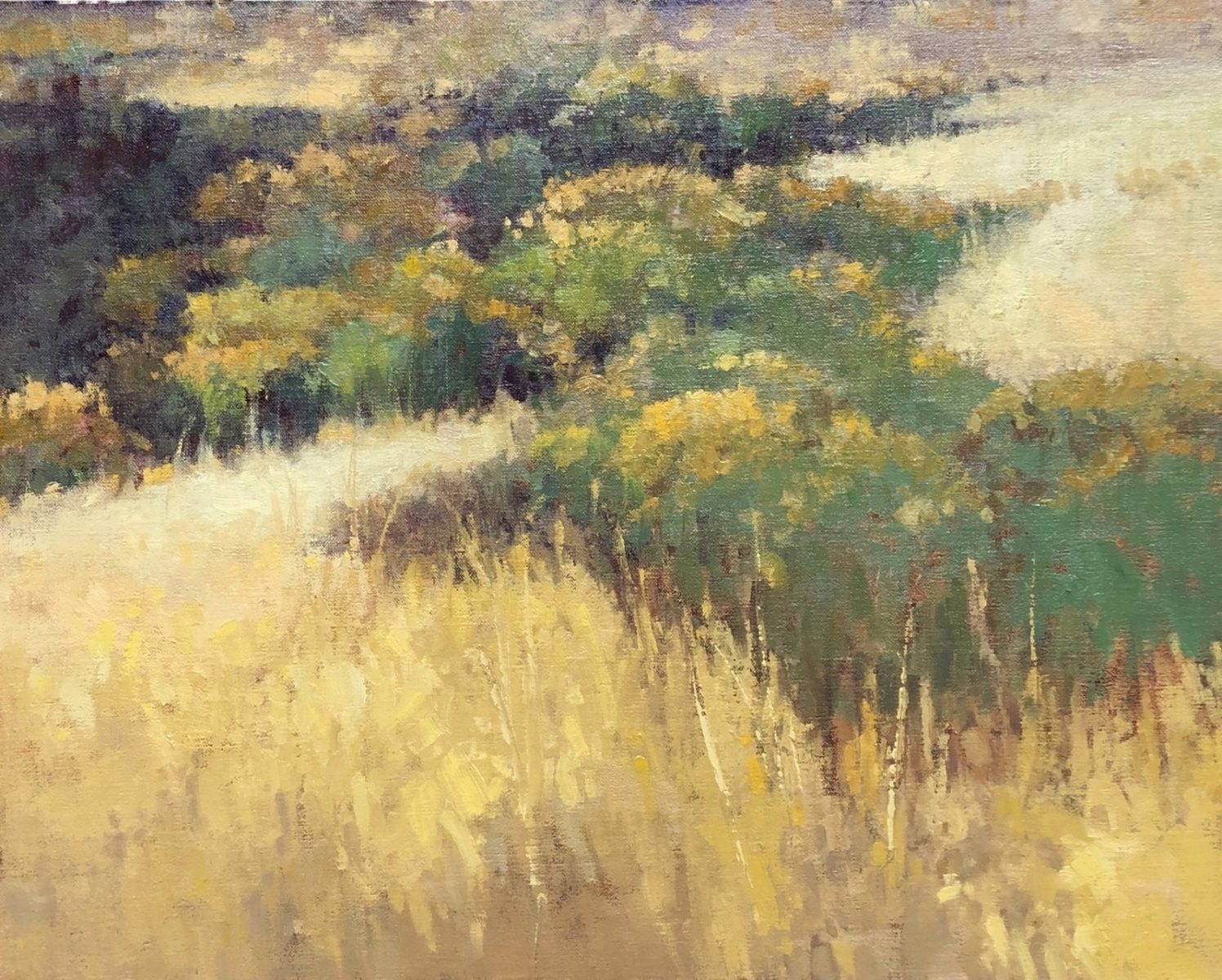 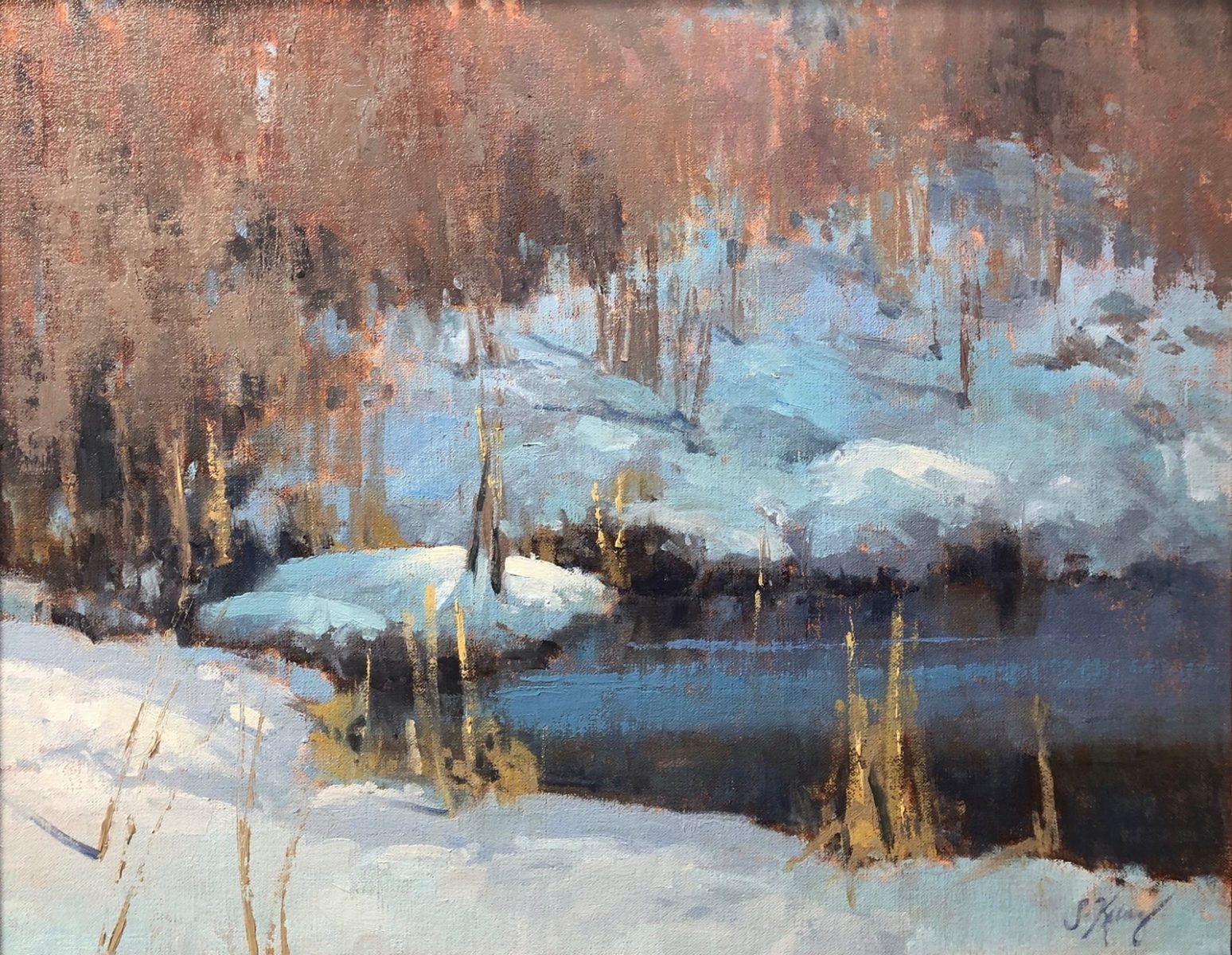 Shanna Kunz of Ogden, UT is a naturalist painter of the landscape that surrounds her, interpreting the quiet and familiar places of the West. She has been featured in numerous major art publications, including a feature article in Art Of The West, Western Art & Architecture, Plein Air Magazine, Outdoor Painter, Southwest Art Magazine, Western Art Collector and Fine Art Connoisseur. She won 2019 Best In Show For Body Of Work in The Hockaday Museum Invitational, The Coors Show – 2014, Maynard Dixon Camp Out 2015, 2016, 2017, 2018, C.M. Russell Auction 2015, Rocky Mountain Plein Air Painters as Guest Artist and Best Of Show 2016, member 2017-2019, American Impressionist Society Exhibition 2016 – 2019 at The Salmagundi Club, NYC, Maynard Dixon Country 2010, 2018, the Jackson Wildlife Museum Western Visions Miniature Show, the Contemporary Art of the American West Invitational, The Western Masters Art Show, and was chosen for the Fine Art Connoisseur Award at the Artist of the New Century Exhibit, Bennington Center for the Arts. She has gallery representation nationally and has many private collectors internationally.

I want to be inspired! Let’s Compare Plans

October’s video is about creating haze or mist in a painting!  We also talk about taking a Master’s work – in this case Monet – and using the palette from that piece in a painting with your composition and subject.  As I’m creating the painting, I use Gamblin Cold Wax to change the texture of the paint.  I will do a product review of the cold wax next month, so if you are interested, you might want to order yours soon!  This painting is done on  a 12×14 oil on linen panel.

Enjoy these previews from a few of my full length lessons

Oil Paint. Below are Gamblin Colors

1 inch wash A new brush series that’s determined to get you to like it. We think you’ll like the way they look. We know you’ll love the way they perform. Snap! ™ Brushes are fun, but not frivolous.

Princeton’s Aspen™ combines several important benefits to artists: the brush retains its shape for control and placement of color, paint releases and glides evenly off the synthetic hairs. The brush can be used with all acrylic and oil paints including water-soluble oils. The non-glare ferrule makes Aspen™ perfect for outdoor painting. A beautiful brush only surpassed by its performance. 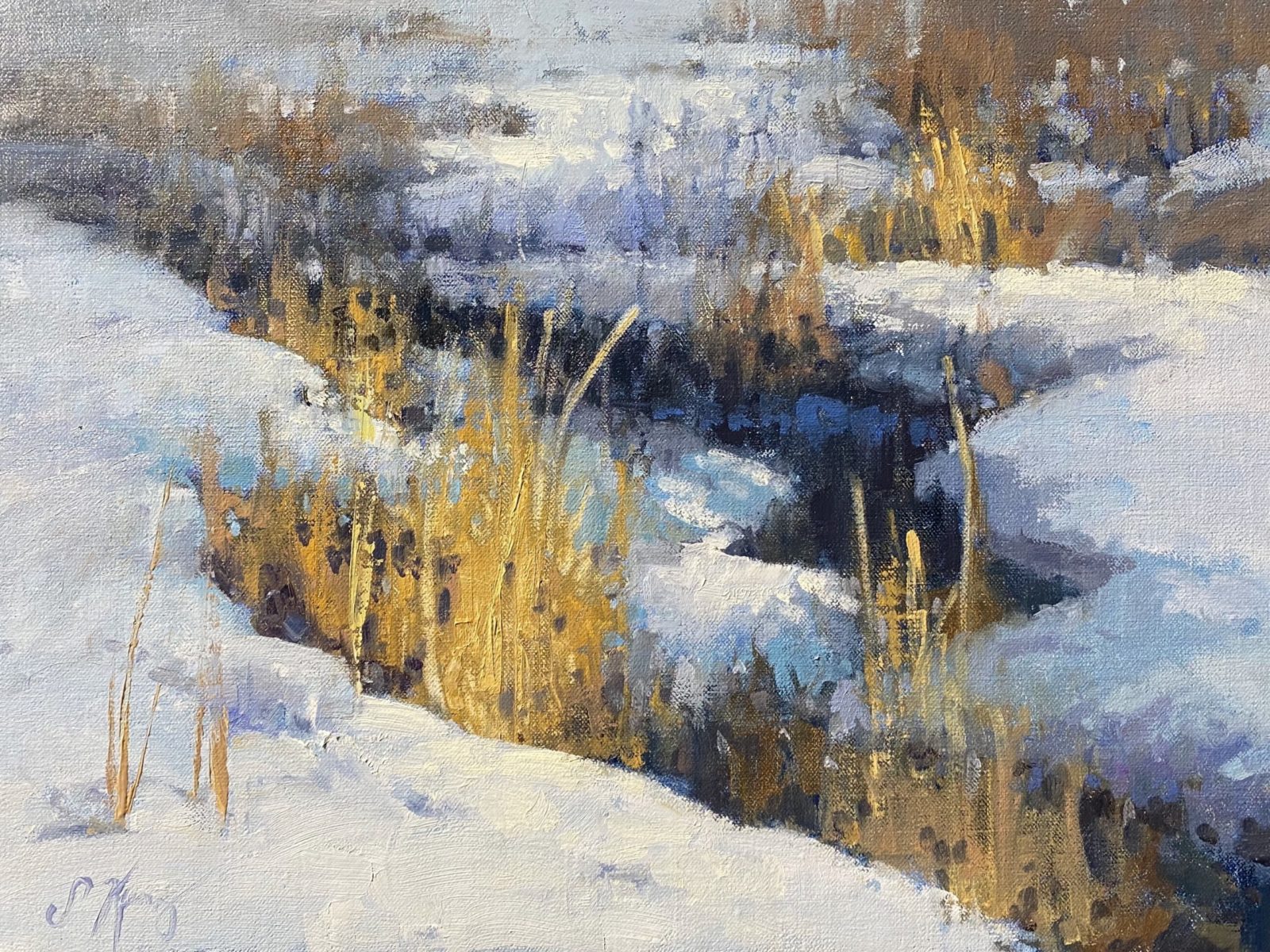 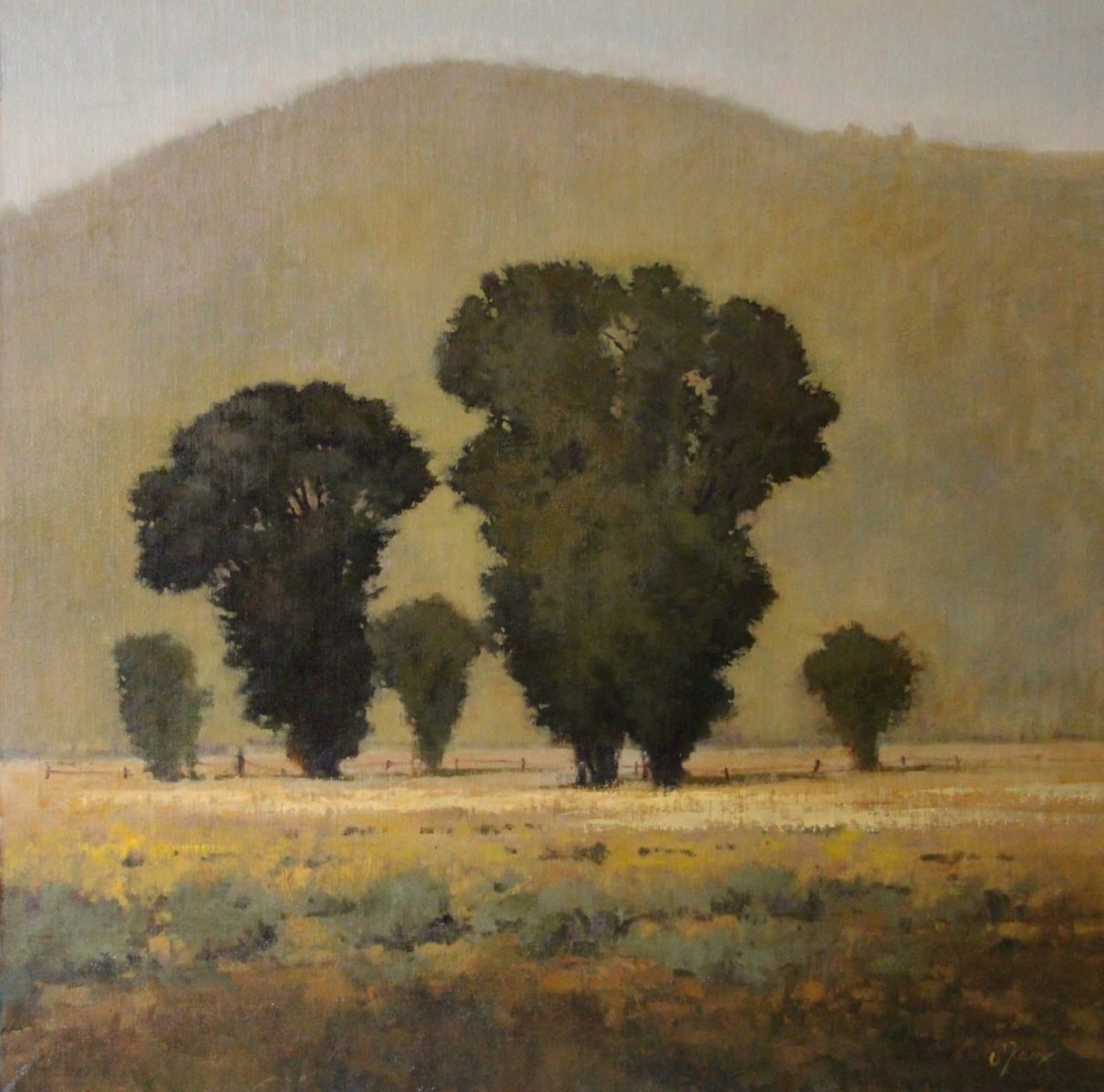 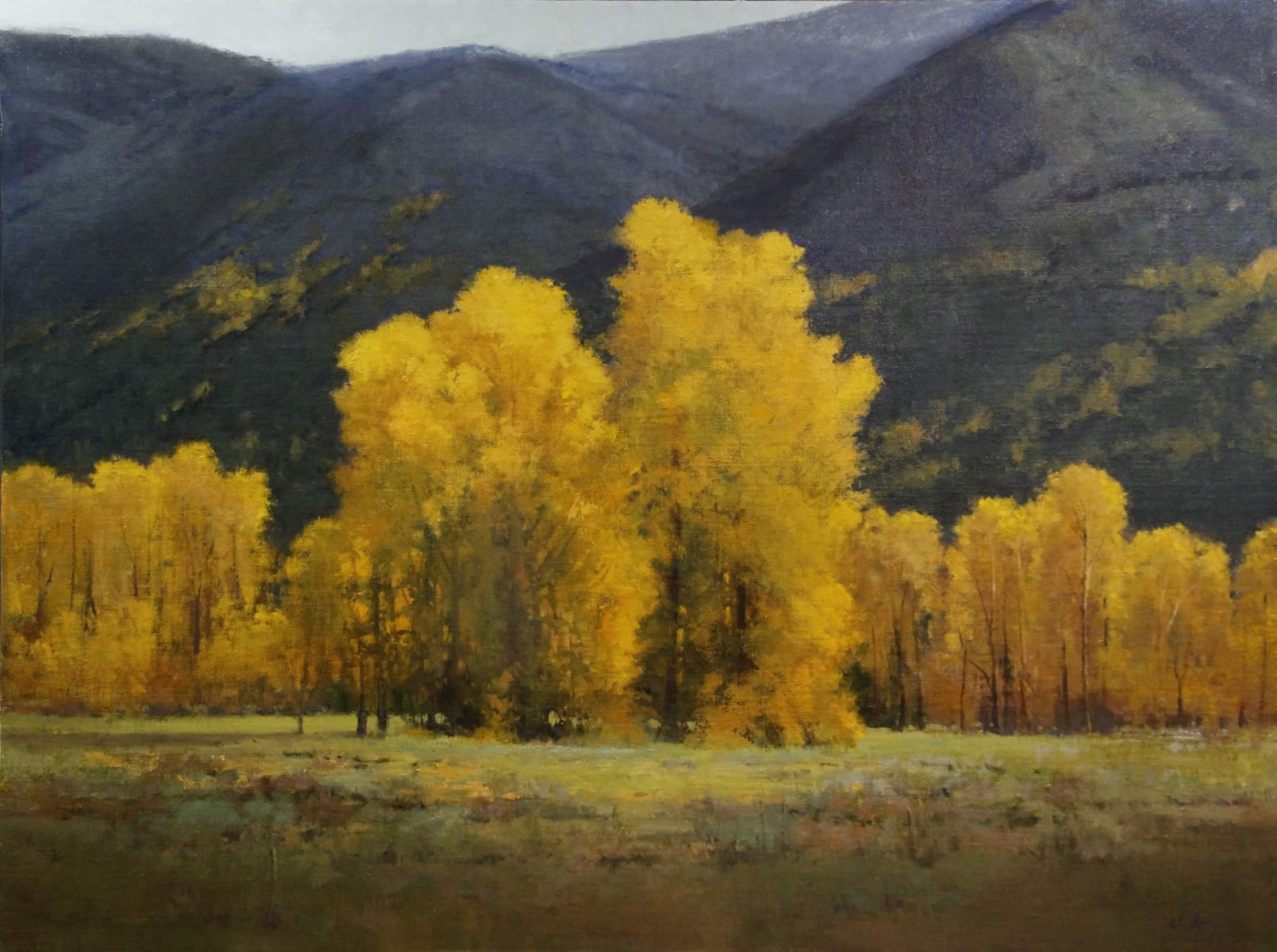 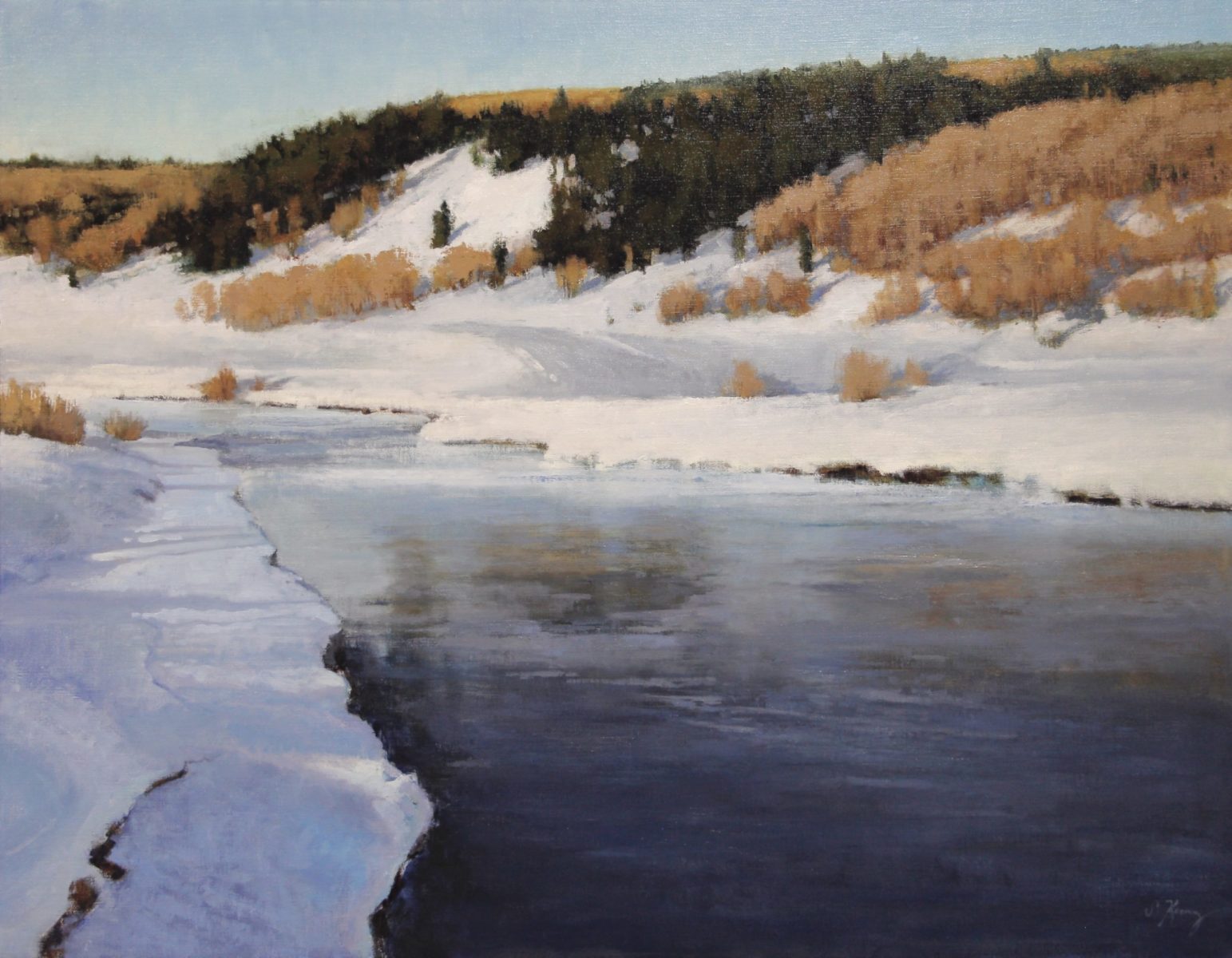 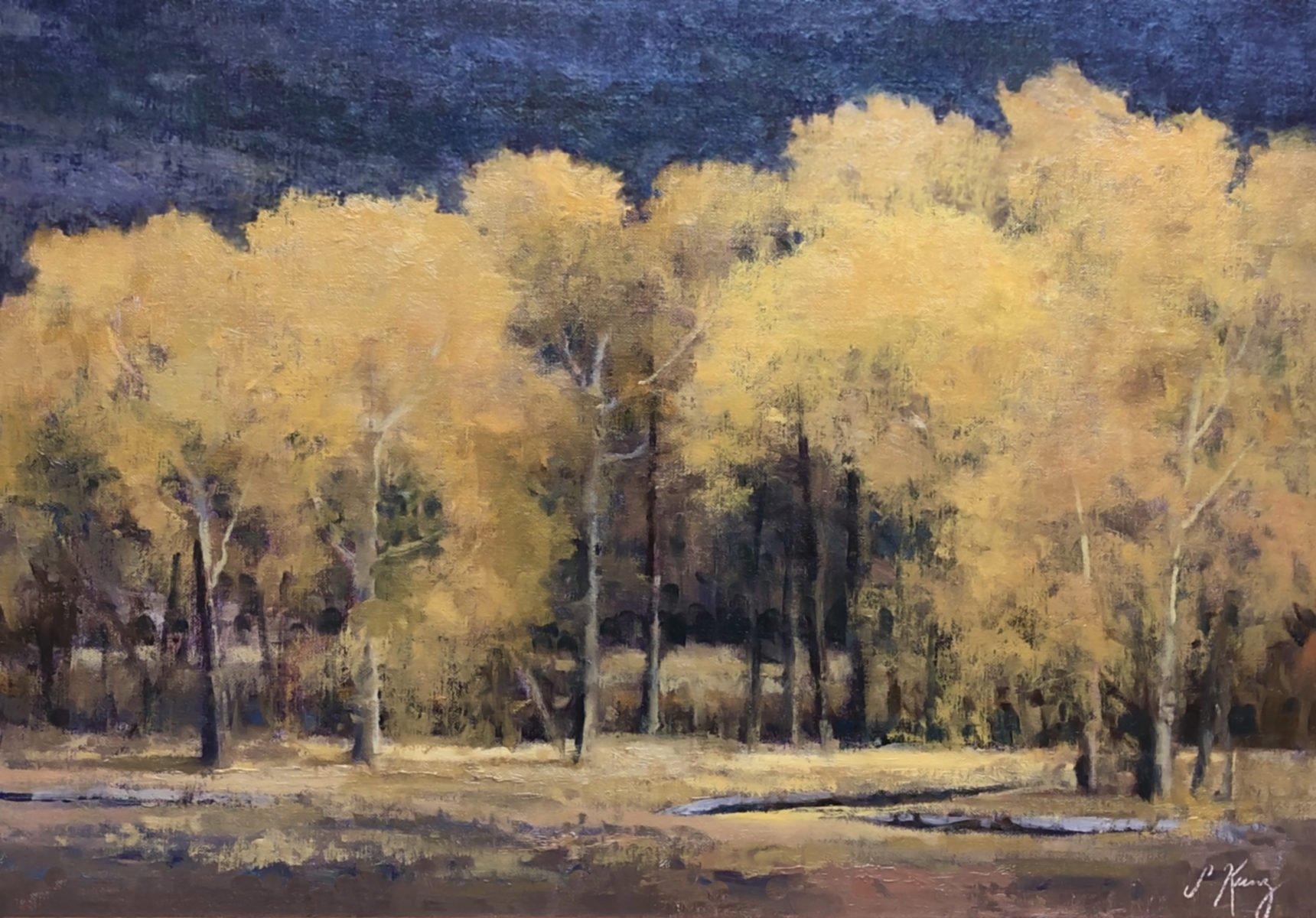 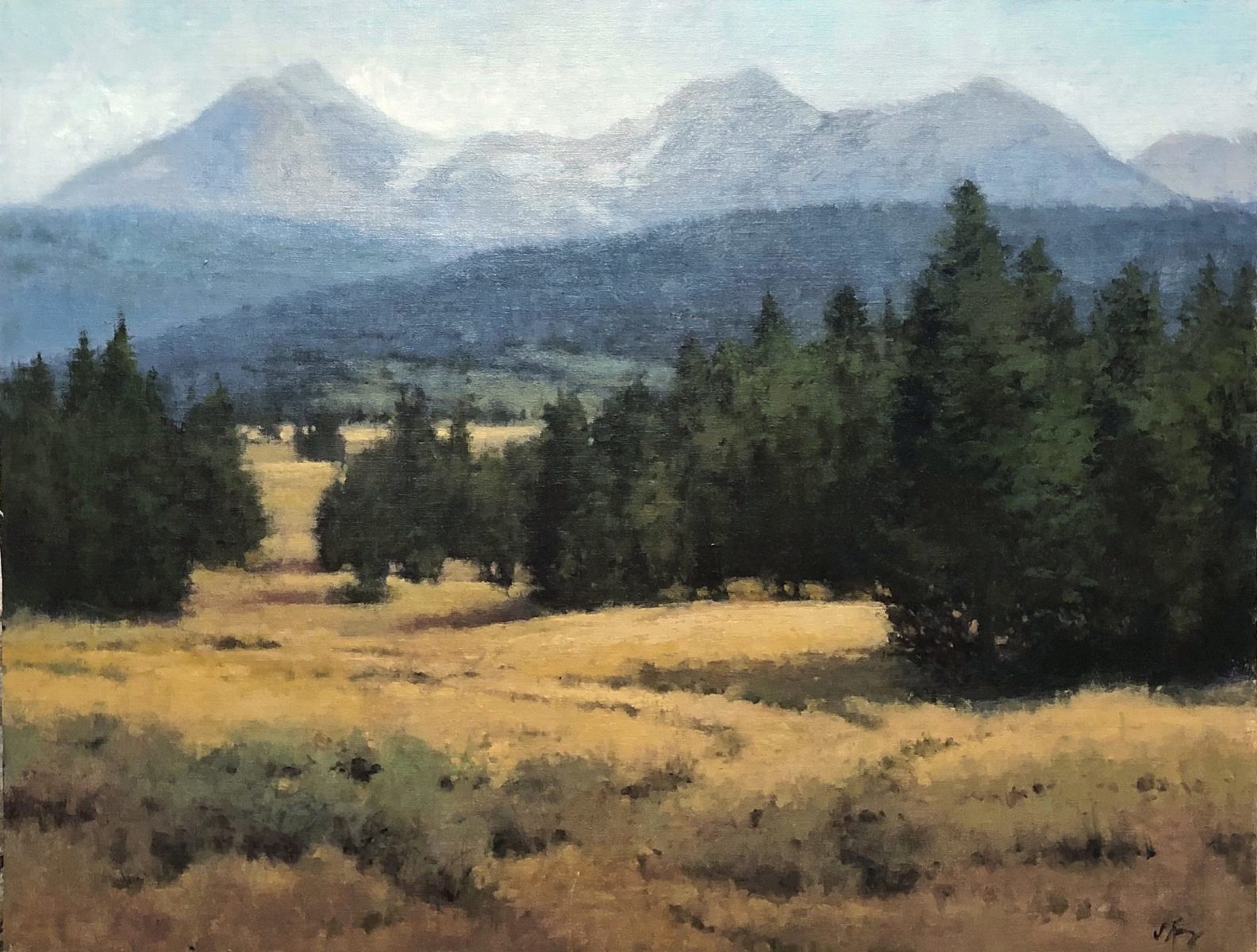 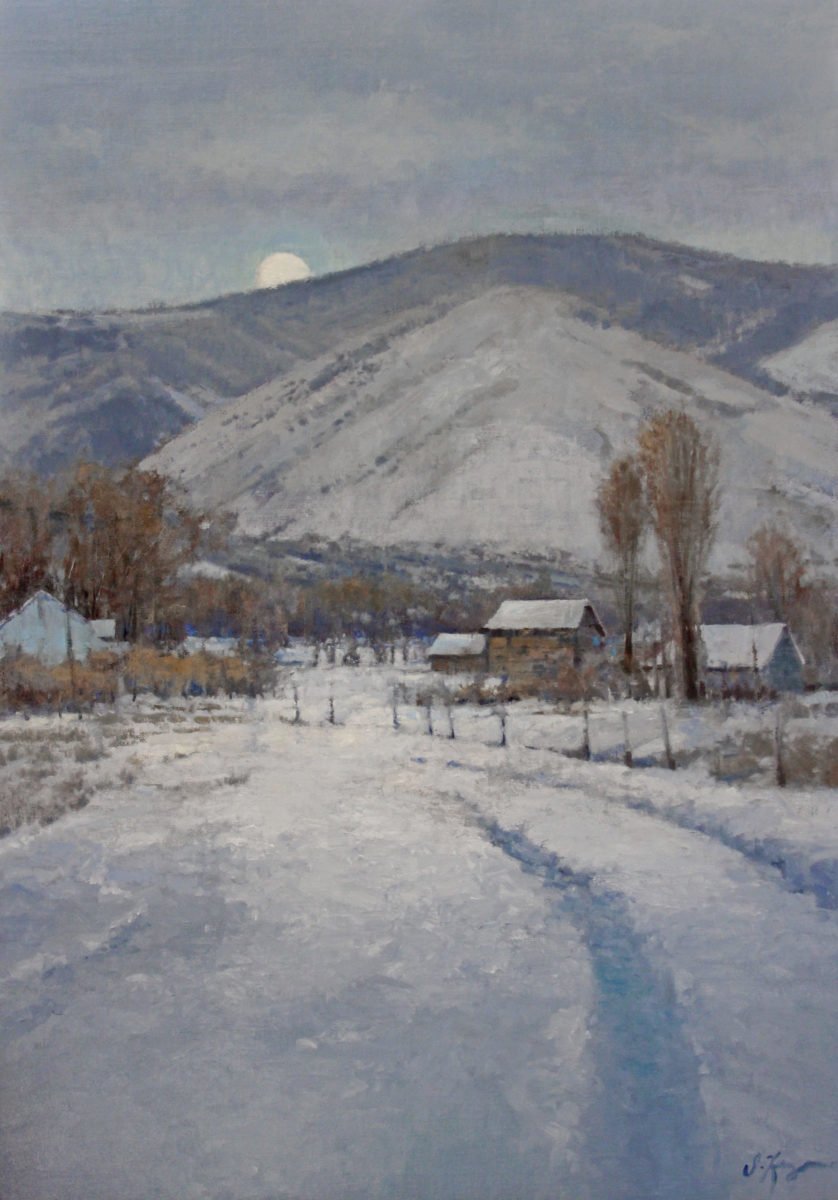 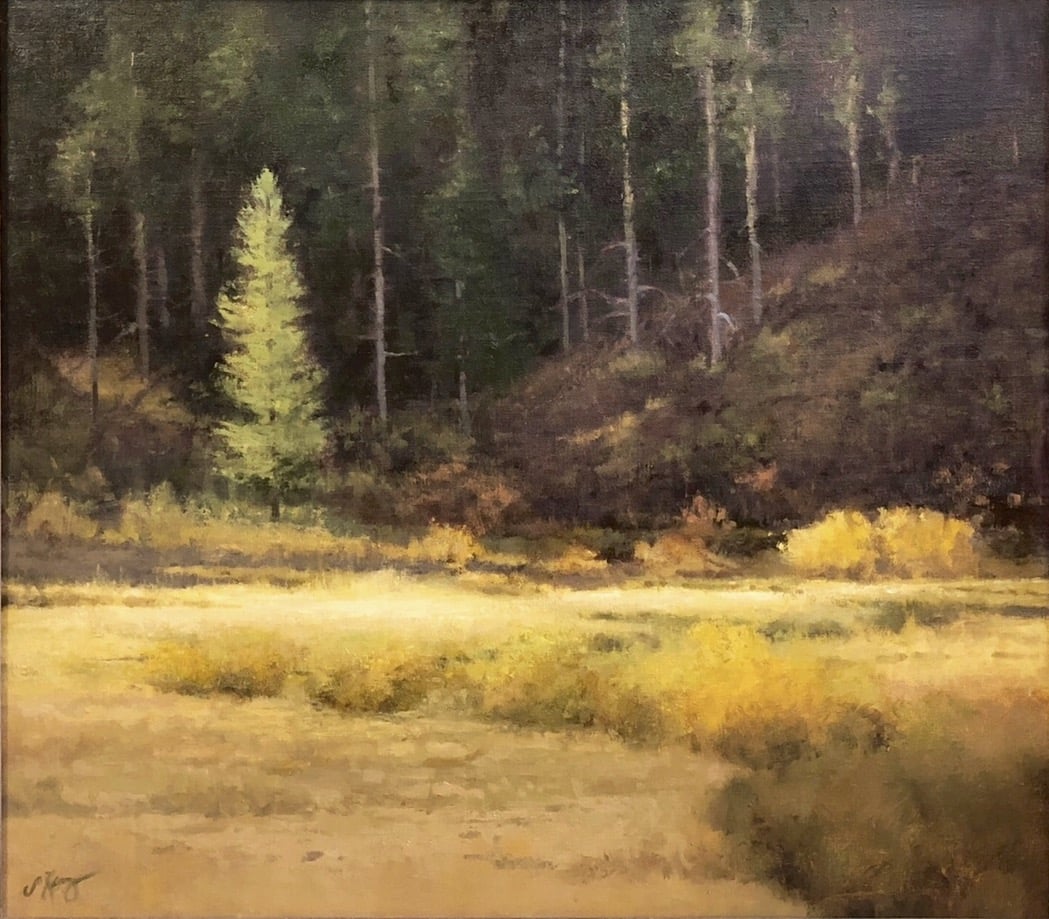 Shanna is a wonderful painter and inspiring teacher.  I have been to 4 of her workshops and look forward to the next!  I have followed her to 2 locations in Idaho, her home town of Ogden, and Giverny, France.  Not only is she a great teacher but more importantly a wonderful person and a joy to be around!

Shanna Kunz workshop was one of the best to ever be at Bob Tompkins Studio. As a landscape painting teacher, she was so concise and clear that every one of the participants received 100 % and produced outstanding results. all made sure to beg her to return next year. She also sold everyone of her demo’s.

I recently had the opportunity to attend a workshop held with Shanna Kunz recently at Bob Tomkins Studio in Mississippi.  I have attended several workshops before so thought I knew what to expect.   I must say that this workshop is without a doubt my favorite one thus far,  Shanna is a teacher in every sense of the word.  She is without doubt a great artist, but she is a very blessed teacher.  Her way of explaining is easy for everyone understand, no matter the level of the students.  I look forward to another workshop soon.

I have taken several classes from Shanna, and I can honestly say I learned more in her classes than I did in my college classes.   She puts her whole heart and sole into teaching art. She is willing to share all she knows about painting and doesn’t expect you to paint just her way. She helps the student develop their own voice in art. She is a master at critiquing art and shows you steps on how to get to the next level of painting.  Her love and enthusiasm of art spills over to her students.  I would highly recommend her classes to anyone!

This landscape workshop by Shanna was truly the most amazing experience I have ever had!  She was not only a great teacher, but spent so much time with each participant.  Her God-given talent was clearly obvious. It was such a privilege to learn under her as she demo’ed while explaining what she was doing and why.  Mississippi Master artist Bob Tompkins brought Shanna to many of us who wouldn’t have been able to travel to her. I would love to study with her again!

“Shanna is a highly knowledgeable painter and teacher.  She met me where I was in my painting journey and taught, with kindness, the knowledge that helped to fill gaps in my learning.  It is critical to find the right teacher and I’m so glad that I reached out to her to be our teacher at Edisto Art Retreats.”